Some of Mr. Kim’s cases have been widely covered by the New York Times and New York Newsday, as well as various Korean media, including, the Korea Central Daily News, the Korea Times, KBS, MBC, and local TV and radio stations.

Mr. Kim served as the Vice Chairman of New Jersey Bergen County District Ethics Committee since 2015 and was appointed as the Chairman in 2017.

Mr. Kim received a B.B.A. from University of Michigan, School of Business-Ann Arbor and J.D. from Syracuse College of Law. 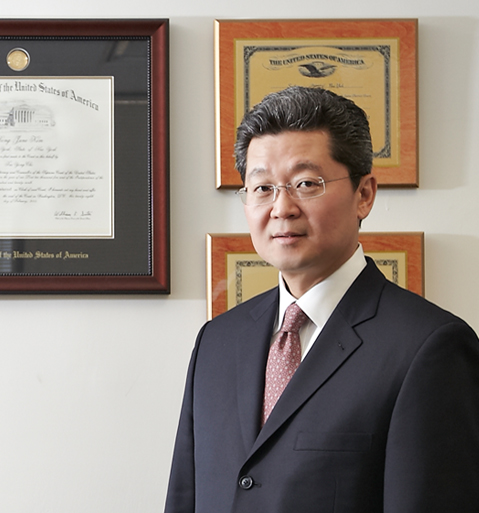 EDUCATION
• B.B.A from University of Michigan, School of Business-Ann Arbor
• J.D. from Syracuse College of Law